A documentary film by Nailah Jefferson
A Transform Films production
If the Tulsa Race Massacre had never happened,
would Black Wall Street have influenced the entire nation? In 1921, North Tulsa’s Greenwood District, the most prosperous Black community in America, was set ablaze, bombed, and looted during a racially motivated violent attack against the thriving Black community. Businesses, homes, and lives were lost, and Black Wall Street, as it was known, has never reclaimed its former glory. The Tulsa Race Massacre was only the first in a line of repeated targeted attacks on the progress of the Greenwood District and its residents.

Through the lens of Black Wall Street descendants Byron Crenshaw, Jacqueline Blocker and Michelle Blocker, we draw a century-long thread from the Tulsa Race Massacre to the present, exploring the lingering economic, psychological and emotional impacts that have undermined the rebuilding of the once thriving community.

Through intimate interviews and lyrical verite, Byron, Jacqueline, Michelle and their family members reach back to uplift the stories of their forebears, the success they created, the pride they possess, while also reckoning with the unfulfilled potential of what could have been a Black Promised Land. 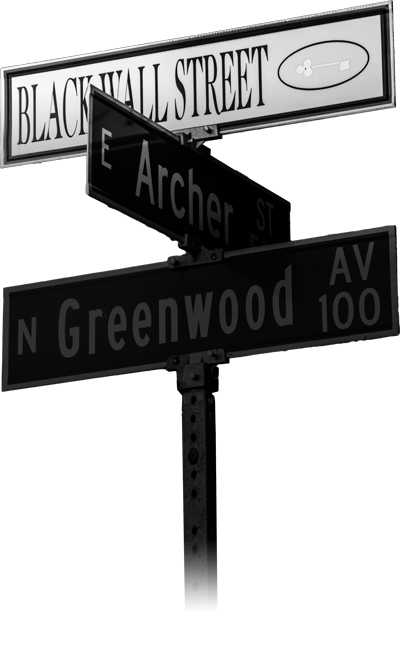